Got in late Friday to Boise due to long-delayed plane in Seattle so I missed the opening night screening as well as the meet-greet-alcohol function afterwards. This was a bummer but nothing I could do about it. Ate microwave pad thai from the downstairs snack bar - a grand lapse of judgement but one fueled of limited options and energy - and went to bed. 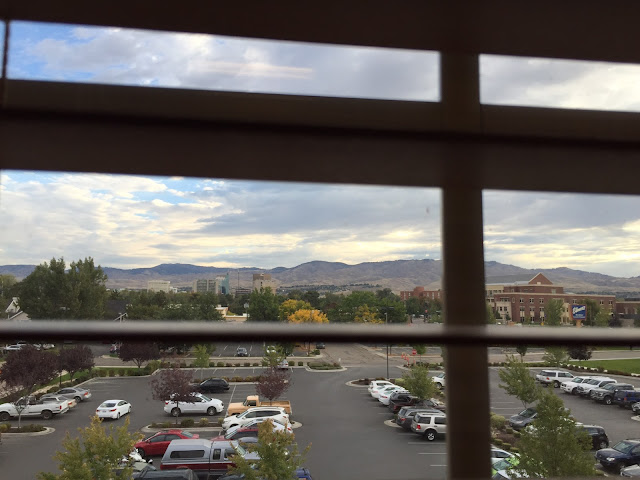 Woke up. cleaned up, hit the Marriott Breakfast Bar (c) and departed. I had roughly 90 minutes until THE BLACK SEA screened at Ming Studios which was walkable, according to the map. Leaving the hotel parking lot and walking to the main road I discerned yelling and clapping on nearby Capitol Blvd, the main artery in town, a half-marathon/10K/5K in progress. I crossed the Boise River and headed into town and found Ming Studios. Still had time to burn so walked closer in to town and watched the runners. 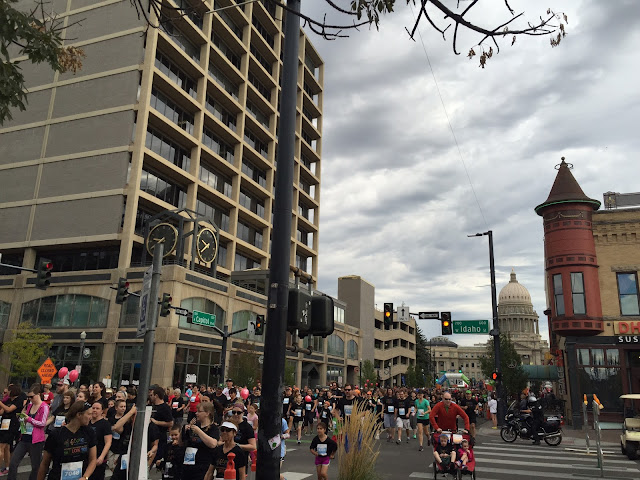 Arrived back at Ming Studios around 10, w/ 30 minutes before screen time. Just me and 3 staffers inside. I tried to relax and stay present and let all those (by now familiar) pre-screening jitters exist without me paying too much attention to them. Acknowledge and step aside. This was a successful enterprise until I witnessed the tech check - they spot checked the short film playing before me, which looked and sounded fine, and then my film which was stuttering and staggering. Heart thumping I went to talk to them about it. They were aware of it already and a new blu-ray player was being shuttled across town to us. I said worst-case we can stream it from a private link. They concurred and I sat down w/ my interior voice unkindly reminding me to no matter what always bring back up blu-ray and/or hard drive to future film fests and screenings. 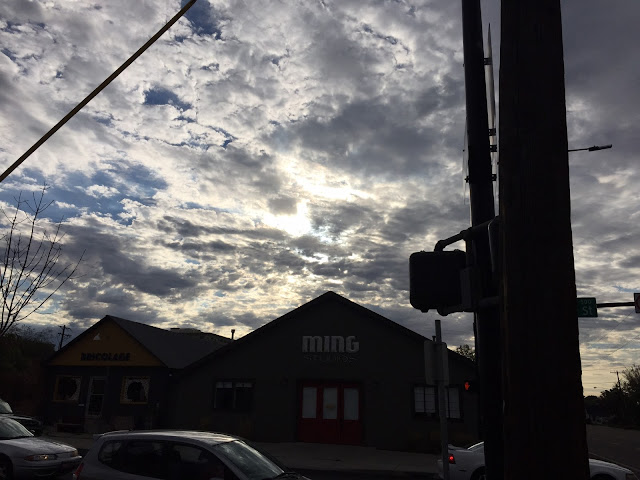 After some time elapsed more people wandered in. We held the screening back a little to let the new blu-ray show up but the dude was delayed by the road race. We decided to trudge forth and the short film (an Austrailian thing about death called The Sheriff) played without consequence. We decided to show my film off dvd not blu-ray and it began to play fine for 5 min but then it stuttered and stopped. Panic. We elected to stream it but the wifi was sluggish and slow and after 20 min or so the browser still had 2/3rds of the movie to load so when we attempted to play it it stuttered and lagged. Dread rising, I considered just cancelling the whole affair then and there when the door creaked open and in walked the dude w/ the new unit. Hooked up and film played fine. I stood at the back of the room and watched the entire thing. Finally relaxed into it. 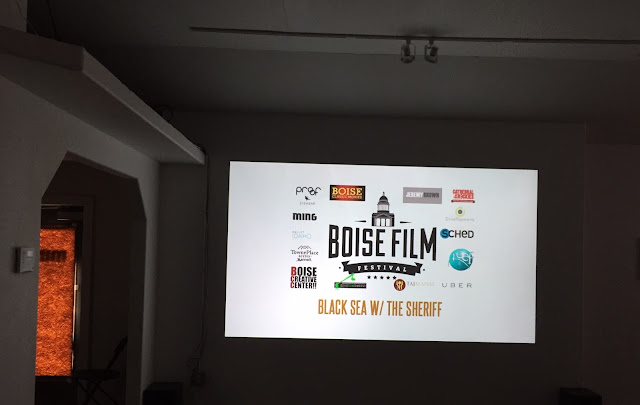 As with all prior screenings, the movie felt different to me than previously, conforming to the context and environment of the moment. There was light bleed from the nearby windowed door, occasional screeching traffic from outside but if I was able to widen my perspective away from my immediate arguably selfish (or at least self-serving) vantage. It was all in a word perfect. I thought it all through the screening, all through the awesome Q & A afterward, I thought to myself I am the luckiest man alive.